The 3D food printing market is projected to reach $525.6 million by 2023 according to Research and Markets. Now that is far from the billion-dollar opportunities for the larger food technology sector that I wrote about yesterday: Global Food Tech Industry Expected To Reach $250 Billion By 2022. However, it is still a healthy market segment given the relatively recent introduction of people and companies modifying 3D printers to print with food materials.

I am on a bit of a food tech path this month, but I had to write about 3D food printing given all of my work in the industry. As most readers here know, I frequently have 3D printers come through my workshop on loan for testing and evaluation work and I report on that here when possible. While I have not tested any food grade 3D printers yet, I have the newest Ultimaker S5ready to unbox and am in talks to take a deep dive on the latest cool FabPro 1000 SLA 3D printer from 3D Systems. However, I do not think they would be happy if I tried any modifications with spinach or chocolate or any food, for that matter.

The automotive industry is one of the biggest users of additive manufacturing (AM), aka 3D printing. The Wohlers Report 2018 estimates that the automotive sector accounts for up to 16% of the entire AM market. The technology is popular with automotive OEMs and their suppliers because it accelerates processes and enables breakthrough design innovations. Tooling is not needed, thus reducing lead times, and 3D printing allows the fabrication of parts that would be impossible or unfeasible using conventional techniques. This enables parts consolidation and optimization of weight-to strength ratios, advancing lightweighting goals.

Additive manufacturing is extensively used in design and development, as it allows designers and engineers to quickly manufacture high-quality parts and models to test and validate designs and reduce time to market. Models can be produced quickly and easily offering near instant access to testing and feedback.

Indian law prohibits owning a firearm without a proper license. Similarly, the US law forbids the purchase of guns by convicted felons.

On May 6, 2013, a video surfaced on the internet showing a young man in blue jeans and a black polo shirt firing a single bullet from an off-white, plastic 380 single-shot pistol called “the Liberator”, fabricated by him with a Stratasys 3D printer bought on eBay. That young man was Cody Wilson – a Texan law student, who overnight turned into a cult figure and garnered headlines worldwide. After test firing, Wilson published the blueprints of the gun’s design online, which was downloaded in excess of 120,000 times in two days. Following this, the US Department of State clobbered a restraint order against Wilson and his company ‘Defense Distributed’ which was overturned in August this year, allowing him to once again freely publish designs of 3D printed guns and share the same with one and all on the internet.

These blueprints would potentially allow anyone with a 3D printer to make an untraceable, unregulated gun at home. The 3D blueprints are today also available on several CAD (computer-aided design) repository sites and can also be downloaded for free from torrent sites. Thirty seconds of googling are all one would need to fish out these files. It’s kind of creepy to envisage that in our country today, we have no clue as to how many of our citizens possess a 3D printer, how many of them have downloaded the blueprints of 3D guns and how many of them are in possession of 3D printed guns?

LONDON (ICIS)–The true take off for 3D printing is on the horizon but a lack of machinery capable of production is holding the technology back, according to Evonik’s head of new 3D technologies. 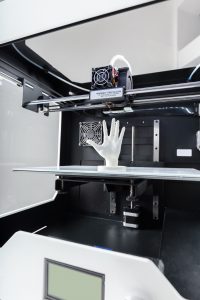 Sylvia Monsheimer said that, while the company is happy with the growth it has seen in the 3D printing industry in the last 20 years, there is a lack of machinery capable of production available on the market. 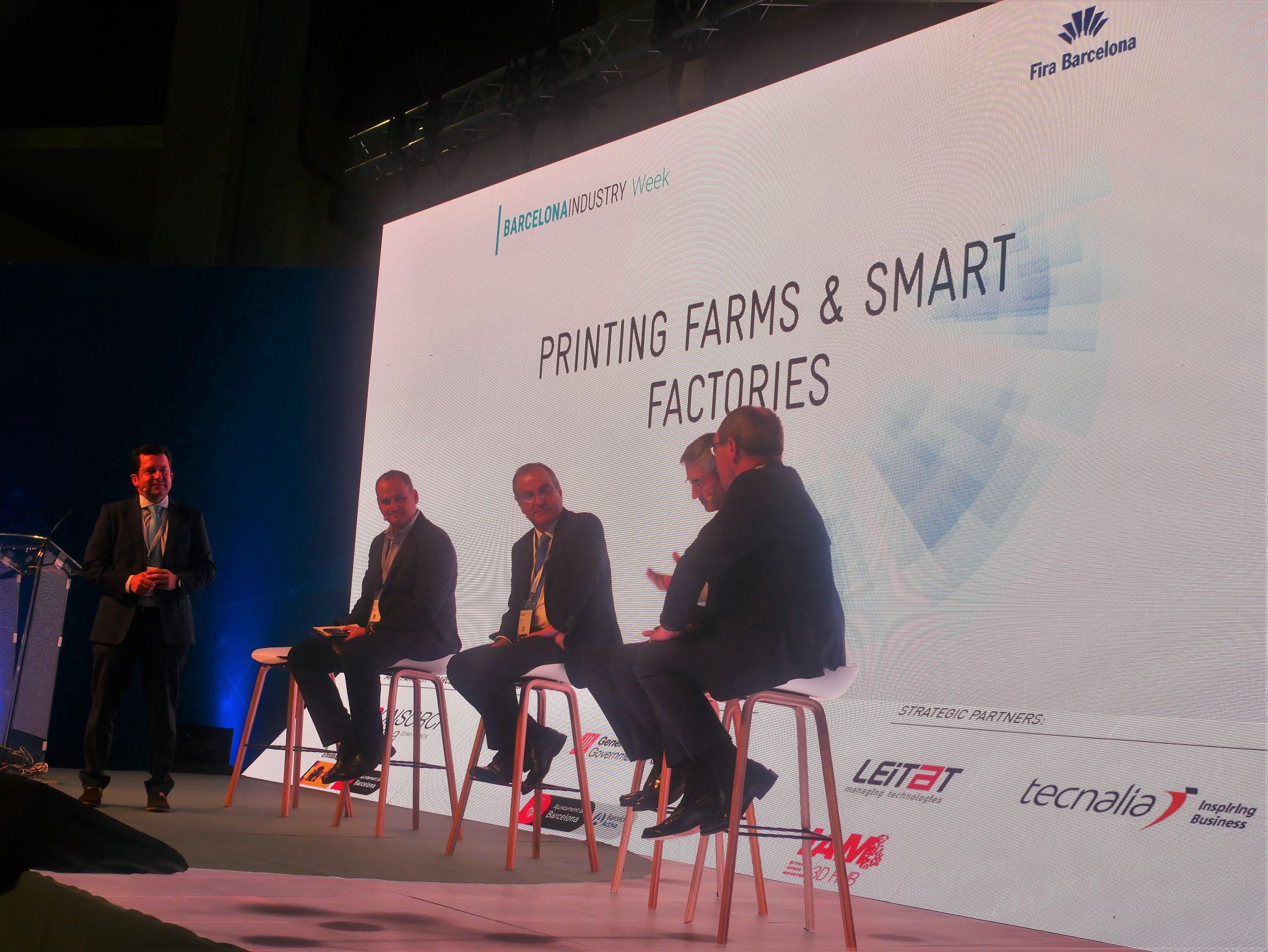 As Barcelona Industry Week and IN(3D)USTRY: From Needs to Solutions Additive and Advanced Manufacturing Global Hub concludes, the future of 3D printing the path to industrialization shows promise.

With a focus on digitization and Industry 4.0, 3D Printing Industry sought to learn more on how such technologies work with additive manufacturing, by attending the IN(3D)USTRY talk “Printing Farms & Smart Factories.”

The following includes some of the insights made by Pedro Mier, Adviser and Member of the Board of Directors at Premo Group, Ignacio Artola Guardiola, Managing Director at Accenture, Ramón Paricio Hernández, Production Manager at SEAT, and Ramón Pastor, Vice President and General Manager of HP’s Large Format Printing.

Automakers and suppliers are on the cusp of revolutionary change through their growing use of 3D printing, a technology that can make custom parts on demand and has the potential to mass-produce parts.

Many automakers now use 3D printing to make prototype parts for vehicle development, as well as tools and assembly aids for manufacturing operations. Several car companies are looking into making production parts with 3D printers in the next five years. Some automakers currently produce handfuls of small replacement parts, typically interior trim pieces.

Plastic recovered from discarded fridges is being re-purposed into a resilient material that can be used in the 3D printing of scale models and similar outputs. The development follows a partnership between two Dutch specialist, Coolrec, a subsidiary of Renewi, and filament manufacturer Refil.

Refil already makes a range of different coloured filaments from recycled car dashboards and PET bottles. Now it is taking the interior of fridges supplied by e-scrap specialist Coolrec to make High Impact PolyStyrene (HIPS) filament that has a neutral off white colour which is easy to paint or glue, making it a perfect material for the 3D printing of scale models. The filament comes in the two standard diameters of 2.85mm and 1.75mm and has successfully been tested on 3D printers.

The question of 3D printing’s applicability to mass markets is being tested.  Mass customization may be the next step towards it.

Razor handles will be printed using stereolithography, a type of 3D printing technology from Boston-based Formlabs and people will be able to choose from 48 designs and seven colors, priced between $19 and $45, including one razor blade. A pack of four extra blades will cost $15 and orders will shop in two to three weeks from the company’s new Razor Maker website.

3D printing has mostly been used in manufacturing, according to David Lakatos, chief product officer at Formlabs. “Mass customization with 3D printing is finally becoming a reality for consumers to experience end-use printed products,” he said in an online statement.

Patients waiting for an organ transplant may soon have a new treatment option — print out the organ or tissue they need using a revolutionary form of 3D printing that may one may day eliminate the need to wait on transplant donations.

Organovo, a biotech company in San Diego is leading the revolution in bioprinting and Boston area researchers are weighing the benefits of 3D-printed tissue.

“It’s about personalized and customized treatment,” said Xuanhe Zhao, a professor of mechanical engineering at Massachusetts Institute of Technology. He said 3D printing could eventually eliminate the need for transplant donations. 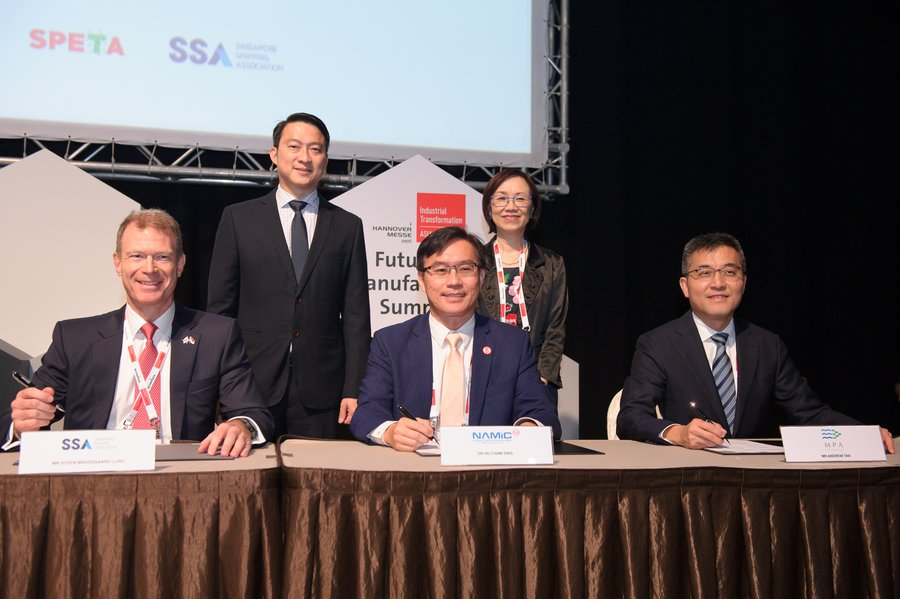 The Maritime and Port Authority of Singapore (MPA), a statutory body under the Ministry of Transport of Singapore Government, has signed two memoranda of understanding (MoU) relating the country’s application of additive manufacturing in maritime.

In the second MoU, the MPA enters into an agreement with NAMIC and the Singapore Shipping Association (SSA).

Realizing the potential of 3D printing in the maritime industry, Ong Kim Pong, PSA’s Regional CEO Southeast Asia, said, “I am heartened that PSA, alongside MPA, NAMIC and 3D MetalForge can be pioneers in developing this technology for use in our industry,”