Surveys indicate that more than 30 percent of the top 300 largest global brands are now using or evaluating 3D printing (often with printing technology in-house) whether for prototyping and other innovation projects or in actual production of what they sell. Over 200 universities and colleges already offer 3D coursework in their curricula – covering aspects of not only 3D printing but also 3D scanning and design. To my mind, there is no question that 3D has reached, as Dartmouth’s Richard D’Aveni argues in a recent HBR article, a tipping point. 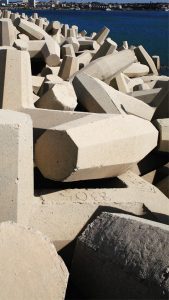 Wohlers, founder of Wohlers Associates and publisher of the most cited research tracking the rise of 3D technology, is impressed. In a recent email exchange he told me: “We’re seeing a level of investment in 3D printing that we have not seen in the past — not even close.” As much of a champion as Wohlers is for the technology, he marvels at how the pace is picking up: “It’s really very interesting, and to some extent, mind-boggling, especially given that 3D printing has been around for morethan 25 years.”