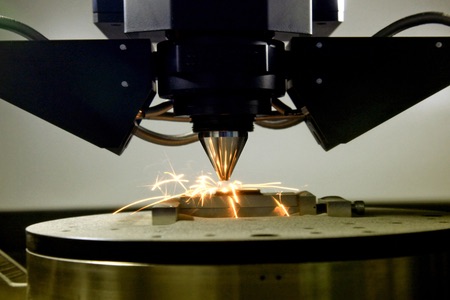 For the last 20 years, manufacturers have used 3D printing to build prototypes, but it was only recently that this industrial technology entered the mainstream.  The 3D printing of products can enable faster time-to-market, save money, mitigate risk and allow manufacturers to customize a component to suit customer needs. 3D printing can produce individual, specifically tailored parts on demand. Boeing printed an entire plane cabin in 2013 and Ford can manufacture vehicle parts in four days that would have taken four months using traditional methods.

After realizing the boost 3D printing could deliver to manufacturing, the U.S. government increased funding for institutions researching AM technologies. In 2012 the federally funded National Additive Manufacturing Innovation Institute (NAMII) was launched — a $30 million pilot institute aimed at boosting 3D printing’s use in manufacturing. Also referred to as America Makes, the institute works with brilliant minds from industry, academia, and government. It is expected that these collaborations will help reduce the period of development between a lab’s proof-of-concept and commercial product. With the U.S. government investing more in AM and 3D printing techniques, governmental organizations are now starting to integrate the technology into their own processes.