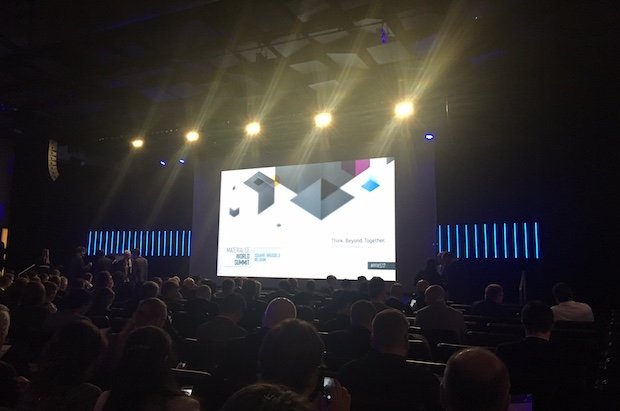 There aren’t many companies that can pull off a multi-track, two-day conference using only its partner network and top it off with a Jimmy Fallon show-style event complete with its own ‘3D Printed Hearts Band’ made entirely of its staff. But then there aren’t many companies like Materialise, which recently ticked all of those boxes, and then some, when it hosted its biannual World Summit in Brussels.

Materialise founder and CEO, Fried Vancraen, welcomed delegates to SQUARE on April 20th with a brief history of how the Belgian 3D printing company has evolved over the last 27 years.

“We believe co-creation is at the base of many more successes,” Fried explained and that belief set the course for the presentations that followed with a host of Materialise partners discussing everything from aerospace to consumer goods.