Composed of a novel concrete-depositing printhead, that can be suspended from either a robotic arm or gantry, the firm’s system is said to enable the 3D printing of structures with uniquely robust nature-inspired designs.

Speaking to 3D Printing Industry, the company’s CEO Tomáš Vránek has now revealed that it intends to deploy this technology to rebuild military barriers and checkpoints across the country, with the aim of protecting Ukrainian soldiers.

As the technology scales up, it’s being tasked with providing robust new solutions—but it’s also running into some of the same old building problems

It seems that every few months the architecture world marvels at the latest 3D-printed prototype or art installation and wonders at the future possibilities. But to a surprising extent, the future is already here. Companies worldwide are automating the construction of homes, offices, and other structures through techniques like 3D printing, robotic finishing, and automated bricklaying. And as more join this club—and governments and investors ramp up their support—the possibility of automation soon becoming the norm in construction is not so farfetched, addressing construction efficiency, sustainability, and even labor and housing shortages.

“3D printing [on a wide scale] is a lot closer than I thought,” notes Eric Holt, assistant professor at the Franklin L. Burns School of Real Estate and Construction Management at the University of Denver. “I used to believe it was at least five years out, but the ball has moved really quickly.”

“A systematic basis for calculating the time interval (TI) to be followed during laboratory testing is proposed for the full-width printing (FWP) and filament printing (FP) processes,” the researchers state. “The proposed approach is validated by applying it to a high-strength, printable, fine-grained concrete. Comparative analyses of FWP and FP revealed that to test the buildability of a material for FP processes, higher velocities of the printhead should be established for laboratory tests in comparison to those needed for FWP process, providing for equal construction rates.”

Ultimaker’s North American president discusses the evolution of the desktop 3D printer and how they have immediate cost and time benefits on the factory floor.

John Kawola began working in the additive manufacturing space in 1997, a time when decent 2D printer could cost several thousand dollars. He worked his way up the Z Corp ladder, residing as CEO for four years, until the company was acquired by 3D Systems in 2012. He left the 3D printing world to run an automation company and few other ventures. During his hiatus, 3D printing exploded. Hundreds of new companies, startups and crowdfunding campaigns sprang up, only to be clobbered back down by the reality that consumers weren’t ready for the manufacturing tech in their homes, and might never be.

One of the last companies standing, Ultimaker, enticed Kawola back into the fold as their North American president in 2016. The Dutch-based company had always focused on catering to industrial applications, where additive manufacturing is mature enough to concretely provide instant value. By the end of the year, Kawola’s crew introduced two new desktop models, the Ultimaker 2+ and Ultimaker 3, now workhorses in many colleges, innovation lab, and even the factory floor itself. Last year, Volkswagen’s Portugal plant saved $377,000 last year by 3D printing wheel assembly jigs and fixtures, as opposed to waiting long periods while replacements crawl through the supply chain.

Imagine a printer in the middle of a construction site programmed with a designer’s plans and specifications to build an entire home from scratch. As concrete is fed into the printing device, a technician hits enter on her computer and a 3D printer starts fabricating the structure’s walls and roof.

The final product will be created almost entirely by pre-programmed software and a movable printer injecting concrete, with no need for human construction workers. This isn’t science fiction, it’s a reality on the cutting edge of construction and technology.

The use of 3D printers in the construction industry will have legal implications that will affect owners, contractors, manufacturers and software developers. The houses are being printed using a nozzle mounted on a large robotic arm, which follows digital designs to create houses layer by layer. A printable cement mixture, which reportedly has the texture of whipped cream, is extruded in thin ribbons. This approach to construction allows for waste to be minimised as no excess cement is poured out, as is the case when using moulds. 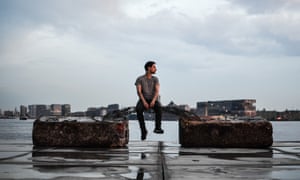 Attendees at this year’s Melbourne International Flower and Garden Show in March are in for a surprise. No, not the usual prize petunias or gigantic geraniums. Natural beauty is two a penny here. Instead lucky ticket-holders will witness the unveiling of something entirely man-made – yet, not: a 3D printed treehouse.

The autonomously produced Kooky Cubby is the brainchild of a five-member consortium of Australian architects, engineers and robot designers. The precise design remains a tightly kept secret but the plastic molded cubby is known to draw on 3D printing technology developed by the Architectural Robotics Lab at RMIT University.