A new A.T. Kearney report says that companies are increasingly feeling the pressure to customize their supply chain operations to match local conditions instead of relying on a one-size-fits-all global model.

Remember when New York Times columnist Thomas L. Friedman came out with his internationally best-selling book The World Is Flat: A Brief History of the Twenty-first Century in 2005? Friedman’s book, which won the Financial Times and McKinsey Business Book of the Year Award, outlined how globalization had transformed commerce, saying that historical and geographical divisions were becoming increasingly irrelevant.

Fifteen years later, much has changed, and a new report from A.T. Kearney now argues that “focusing on achieving growth through economies of scale, efficiency enhancements, globally integrated value chains, and the sale of mass-market products is no longer a viable strategy for many companies.” The future is no longer global, but local. 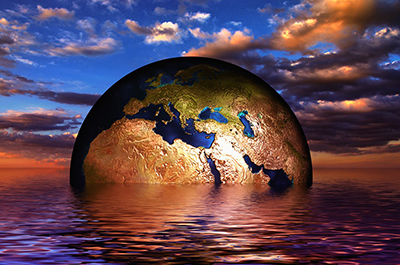 Today’s manufacturing and supply chain landscape is prominently characterized by two seemingly competing forces: globalization and localization. They are both tremendously important while setting a different framework for growth. Globalization has emerging markets which are demanding a greater supply of goods, utilizing more sophisticated supply chain approaches as well as products must compete on a truly global scale. On the other side, with regulation relief, tax reform proposed and enthusiasm in the public debate for keeping manufacturing jobs at home, Localization has growing appeal even with the disrupter of 3D printing and smaller demand runs.

So, how should manufacturers balance both concepts while still being competitive?  First, we need to accept that Globalization and localization don’t necessarily have to be opposed. When we stop seeing globalization and localization as necessarily opposed to each other, we see many steps that manufacturers are taking to stay ahead of the curve can satisfy both needs. In addition to embracing automation technology, below are two key developments that every manufacturer and supply chain partner must consider: