With “disruption” becoming an increasing feature of supply chains, whose decision-makers have to find new ways to mitigate risks from it, supply chain innovation is now a key requirement for effective, efficient and economic success. The use of optimization tools has long been a feature of the area of inventory management, and now new technologies are advancing those further. MRO spare parts management often balances the need to hold stock on shelves with the locking-in of working capital. However, digital manufacturing, such as the use of 3D printing, is now proving to change that paradigm, allowing companies to ensure service levels without the financial constraints of the past. This article looks at how 3D printing helps with MRO spare parts management, and describes the first steps to adopt it.

“3D printing will be a game-changer for the MRO industry worldwide.”

Pratt & Whitney is set to introduce a 3D printed aero-engine component into its maintenance, repair and overhaul (MRO) operations by mid-2020 after a successful collaboration with ST Engineering.

EvoBus GmbH, a subsidiary of the Daimler Group, is one of the leading manufacturers in the global omnibus segment. In order to continue expanding its pioneering role in times of increasing competitive pressure, EvoBus is pursuing two strategic aims: sustainably increase its profitability and enhance its capacity to innovate. In particular, EvoBus needs to find an answer to the growing challenges in the field of Customer Services & Parts (CSP). Daimler Buses sees additive manufacturing as a key tool in reaching these targets. In order to successfully integrate industrial 3D printing within its organization, Daimler Buses decided to rely on the expertise of Additive Minds, the consulting division of EOS, right from the early project phase. The team of experts at EOS specializes in leading customers through the various development phases of additive manufacturing. 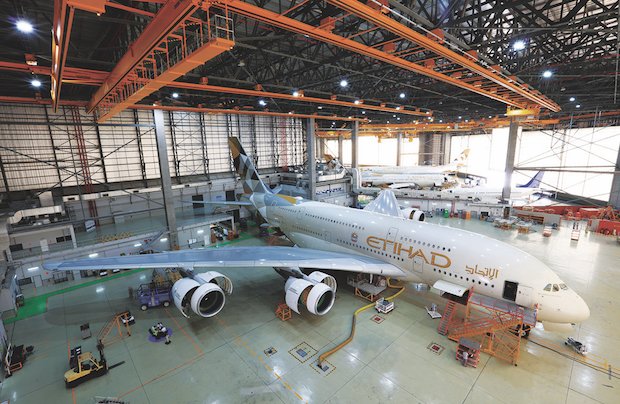 As a somewhat nerdy by-product of working in an industry that looks at manufacturing the world differently, I too find myself often viewing the world through an additive lens. Perhaps the place I do this most is when traveling on an airplane where I tend to scour the cabin for places where additive manufacturing (AM) could be present someday soon.

The lifespan of an aircraft, typically between 20 and 30 years, makes maintenance, repair and overhaul (MRO) and retrofit, both big and necessary businesses. Think of every plane you’ve been on in the last few years that still featured a now-defunct charging socket from the 1980s – aircraft are not changing overnight to keep up-to-date with consumer expectations. However, Airbus’ Global Market Forecast projects that over the next 20 years the commercial aircraft upgrades services market will be worth 180 billion USD.

Additive manufacturing is making serious inroads for MRO applications, but challenges may slow its adoption for some uses.

Aviation is a necessarily cautious industry, where new technologies are adopted only after exhaustive testing and certification processes. As such, additive manufacturing, or 3D printing, is still in its infancy across the airframe and engine supply chains.

South Carolina-based 3D Systems, which produces additive manufacturing (AM) machines, manufactures only 12 such parts in current-production engines, and fewer than 1,000 on Boeing and Airbus aircraft. In comparison, the company prints more than 500,000 metal parts for other industries each year.

A new 3D printing system could help steer the aviation applications of additively manufactured parts in a new direction.

“When we look at the aftermarket and the MRO space, the benefit isn’t necessarily in printing different parts or lighter-weight parts, but it’s in changing the economics of producing those parts. It’s the ability to stock digitally, not carry inventory of dozens of different aircraft configurations for years,” says Scott Sevcik, Stratasys vice president for manufacturing solutions. He adds that the ability to produce larger, repeatable parts on-demand could provide immense flexibility for MRO providers.

The company’s new H2000 is unique in that it lays up printing material horizontally rather than in the traditional vertical method. Not constrained by a build envelope like traditional 3D printing, parts created on the H2000 can ostensibly be as long as a customer desires.

Stratasys developed the system’s requirements with input from OEMs including Boeing and Ford Motor Co. Both companies are exploring applications for the H2000 system, including parts such as aircraft panels and interior closet doors, which Stratasys displayed at a VIP event for potential buyers at its headquarters in Eden Prairie, Minnesota.